But for the Grace… 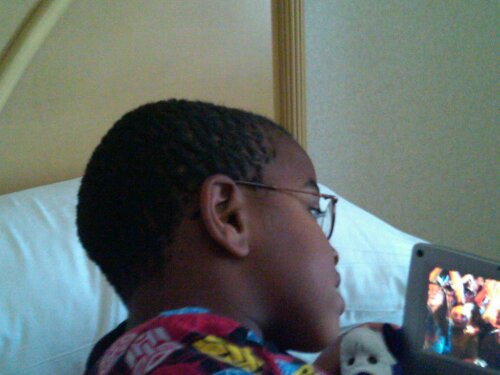 I know there’s been so much that’s already been said about the senseless killings of the Sandy Hook Elementary School children and staff, and so many early judgements about the killer, his family and why it happened. But I feel like I need to share the fear that came up for me and maybe for someone else who is reading this. It scares me that it could have just as easily happened at the elementary school across the street from my home where my daughter attends school, but what scared me even more was the profile of the shooter. This young male was described by his classmates as nice, quiet, didn’t talk much, didn’t say anything bad about anyone…obviously brilliant…parents had recently divorced and he lived with his mother in a quiet town and no one would have thought in a million years that he was capable of such a thing. They were describing my first born word for word. Quiet, brilliant, keeps to himself and maybe quietly stuffing emotions that a “tween” experiences as a result of separation or divorce. It removed all judgement from my heart when I realized that but for the Grace of God and awareness on my part, this could have been my own son.

And if I didn’t pay attention to his emotions, if I didn’t keep the communication between us open, if I didn’t try and keep positive role models (especially male) in his life, encourage him to stay involved in sports, show care and concern about what concerns him- even if I think it’s senseless – and hug and kiss him every chance I get even when it embarrasses him, there but for the Grace of God would he be.
I don’t assume to know the family dynamics, but it did confirm for me that I was doing the right thing just hours before the news broke.

Because my Ex is dealing with his own childhood trauma (or rather, not dealing with it), he has begun to distance himself from our children’s lives. This type of abandonment can be devastating to young children, and has shaken up our lives a bit. The ironic thing is that just an hour or two before I heard the news I was on the phone with my son’s former and my daughter’s current Guidance Counselor. Fear and shame keep a lot of people, especially in our culture, from seeking outside help for family and emotional trauma. And there are some who have told me that just loving them is enough, but sometimes it isn’t. I have always been open-minded and willing to choose support over suffering, even if I had to fight through the shame. It takes a lot of courage to expose your most sensitive and private thoughts to a stranger; but if it meant that it would save my son from suffocating in quiet pain and anger and my daughter from seeking unhealthy sources of love and comfort in their tween/teens, then I was ready and willing. Sometimes as a parent you have to be proactive.

After the uncomfortable phone call I felt a little more encouraged, supported and equipped with the knowledge and resources I could utilize to support my kids. They say “things happen for a reason”. I pray these lives were not lost in vain. I pray comfort for all of those heartbroken. I pray this country will make a serious effort to keep our kids and communities safe. I pray that it will bring a global awareness that will save our country and all of our children from suffering in silence. I know that just one parent will be doing a little more than just hugging her children a little tighter at night. It’s time for Action – for all of our children. What are you willing to do?

9 Responses to But for the Grace…